SC Johnson announces “Building Relationships: Wright, Johnson, and the SC Johnson Campus,” the fifth iteration of its Frank Lloyd Wright at Home exhibit in Fortaleza Hall on the company campus in Racine, Wis. The exhibit opens Friday May 6. The exhibit traces the design of the Administration Building (1936) and the Research Tower (1944) as well as touching on Wright’s influence on Norman Foster’s design of Fortaleza Hall on the company campus, and Santiago Calatrava’s Quadracci Pavilion at the Milwaukee Art Museum. 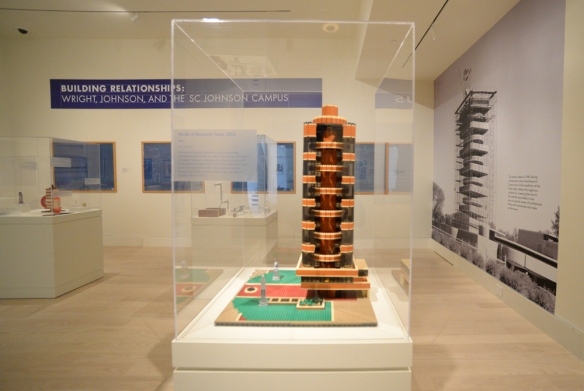 Chris Eyerly’s cutaway LEGO model of the Research Tower is one of the first exhibits. 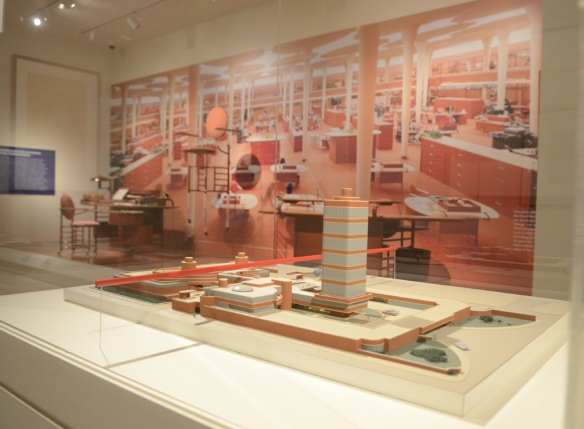 A mural of the Great Workroom is the backdrop to selected pieces of office furniture that Wright designed for the Administration Building. The American Metal Furniture Co., later Steelcase, was commissioned to build the furniture. Steelcase bought and restored Wright’s Meyer May House in the 1980s as a “thank you” to Wright for giving them the commission during the Great Depression. The highlight of that portion of the exhibit is a suspended or “exploded” desk chair, enabling viewers to see each element of Wright’s design. 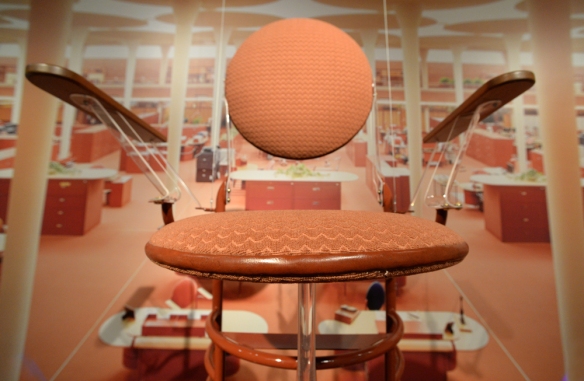 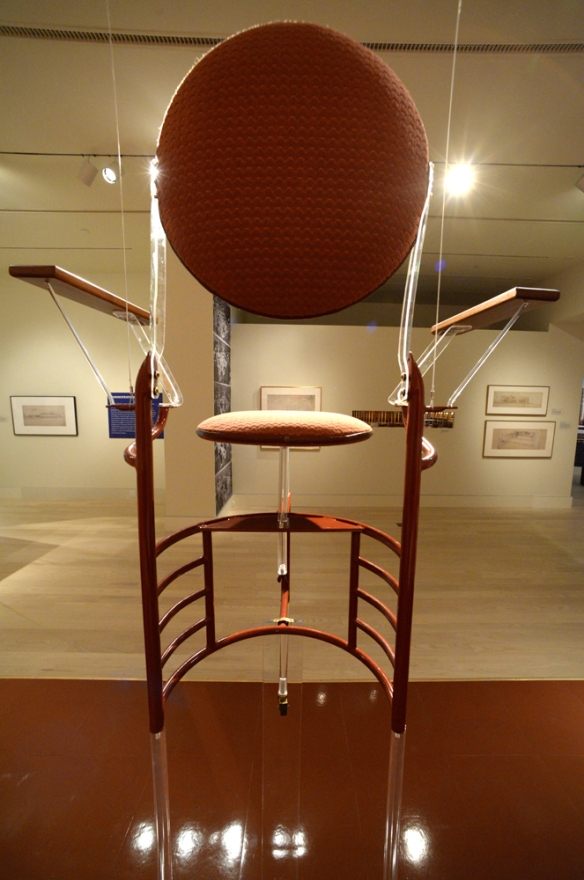 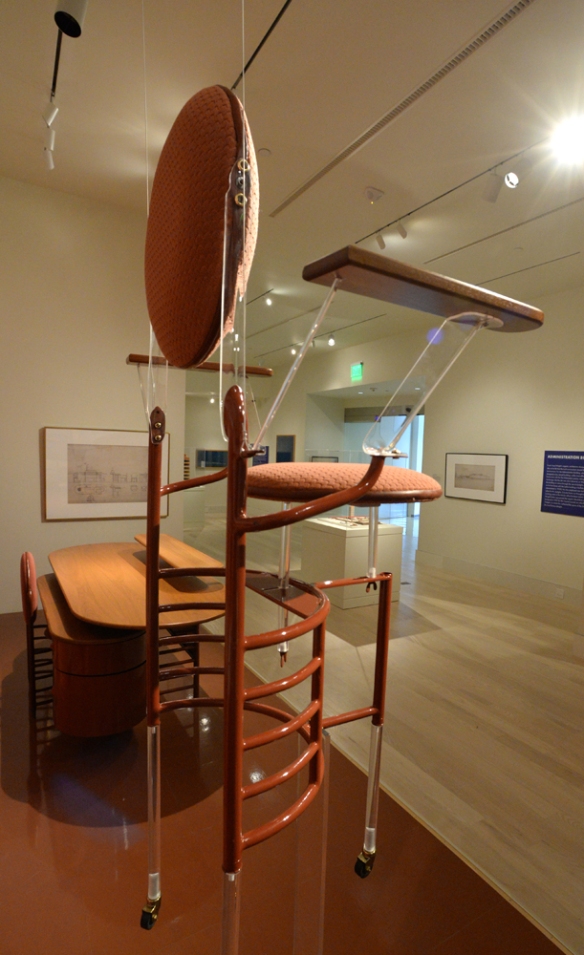 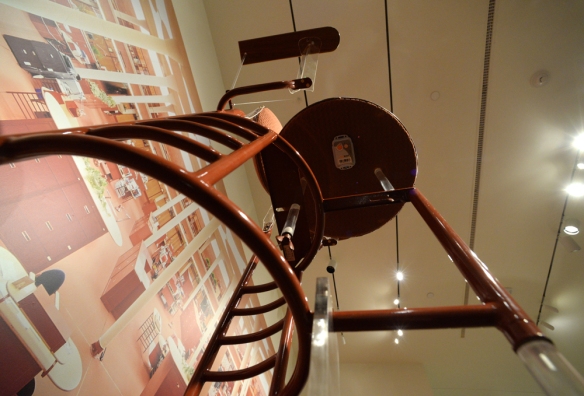 The Norman Foster building and Calatrava’s museum addition are in the last salon of the exhibit, near a video which tells three stories in succession: historic footage of the famous column test at the Administration Building in June, 1937 and time lapse videos of Fortaleza Hall’s and the museum’s construction. Foster’s challenge was to build an inspiring building in the shadows of Wright’s two landmark buildings on the SCJ campus. Calatrava visited the campus as he was designing the museum addition. Wright’s organic architecture is said to have inspired the way he linked downtown Milwaukee to the lakefront museum addition to the original Eero Saarinen building (and its first addition). 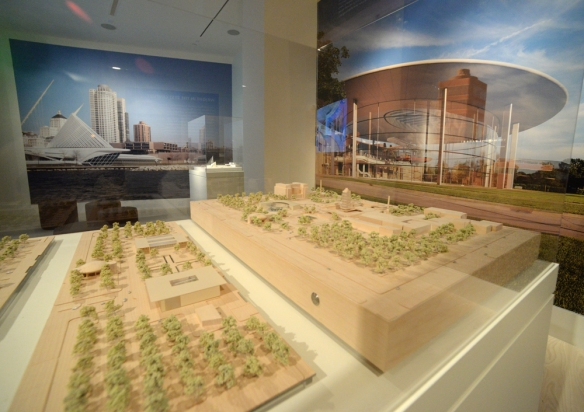 Reservations for free tours of the exhibit, Wright buildings, and Wingspread can be made at: www.scjohnson.com/visit

1 thought on “Wright at SCJ”