The new Frank Lloyd Wright Trail was dedicated this morning in Madison. The trail, which runs from the Illinois – Wisconsin state line to Richland Center, is a joint effort by the state departments of tourism and transportation to highlight the rich heritage of Wright’s work in his native state. About 142 signs have been placed in the last few weeks on I-94 and other highways marking the path to nine Wright sites.

Wisconsin Gov. Scott Walker signed the bipartisan bill establishing the Trail in a ceremony at Taliesin in March: 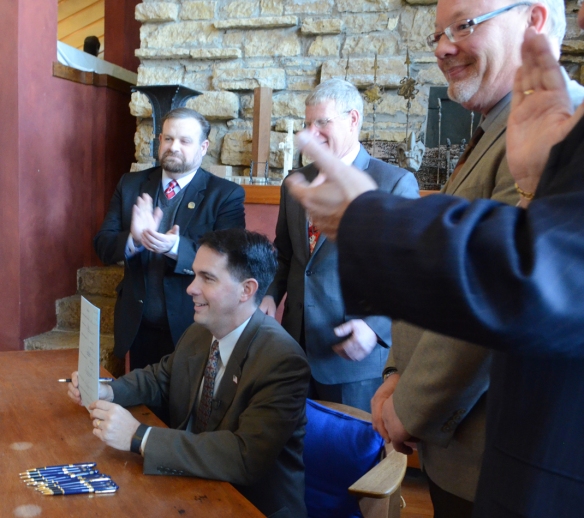 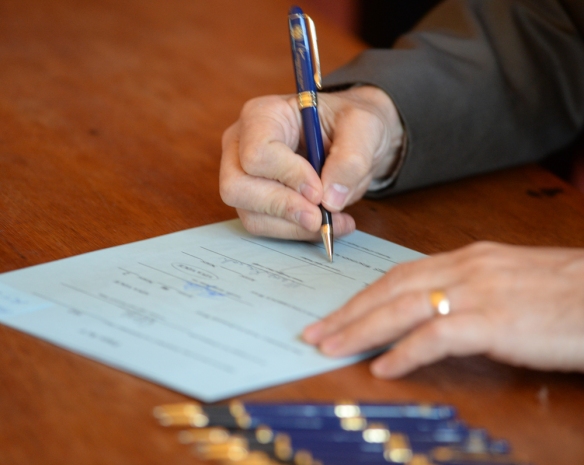 Signs directing motorists to specific public sites such as the SC Johnson Administration Building and Research Tower and Wingspread in Racine will be erected in spring.

A link to the Department of Tourism page with the official map follows: