Frank Lloyd Wright’s Imperial Hotel in Japan, designed in 1917, famously survived the great Kanto earthquake which struck Tokyo the day the hotel opened in 1923. But it could not survive the will of developers who determined that the air rights above the complex were more valuable than the architecture, and demolished it in 1968. The lobby and entry way were saved, and reconstructed at Meiji Mura, an architectural theme park in Inuyama, Japan.

There was robust debate at the Frank Lloyd Wright Building Conservancy’s 2010 conference in Cincinnati about the realities of trying to preserve the context for which Wright designed his work. The setting at Meiji Mura is lovely, but it is not the urban context the hotel was designed for.

The Shinkansen, or bullet train, whisks visitors coming from Tokyo to Nagoya, where they board a local train to Inuyama, and then a bus to the park. We visited the park  in November. Though it was overcast, Japan’s fall colors were magnificent.

Are you unsure of where to stand to photograph the hotel? That’s no problem, there is signage to guide you: 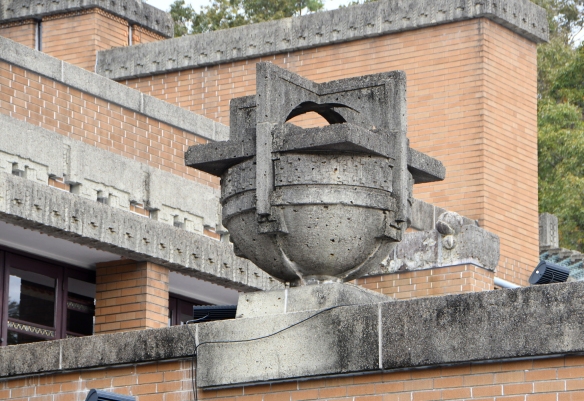 I was photographing the exterior when a kimono-clad woman walked into the frame. At least it wasn’t my Wright friend in his orange parka (this light-hearted reference is for friends in the Frank Lloyd Wright Building Conservancy which had its own tour in Japan concurrent with our trip). Kimonos are associated with geisha, but many people – especially tourists – rent kimonos to wear.

In the door, up two steps, and one Japan goal has been realized (others included seeing a baseball game in the Tokyo Dome and feasting on Japanese food including the best tuna I have ever eaten). 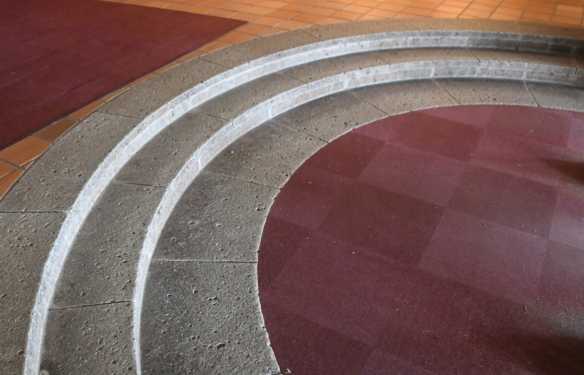 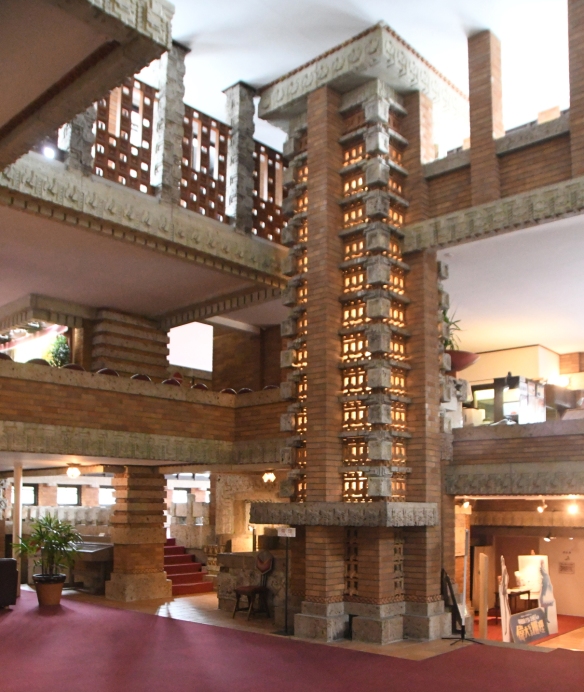 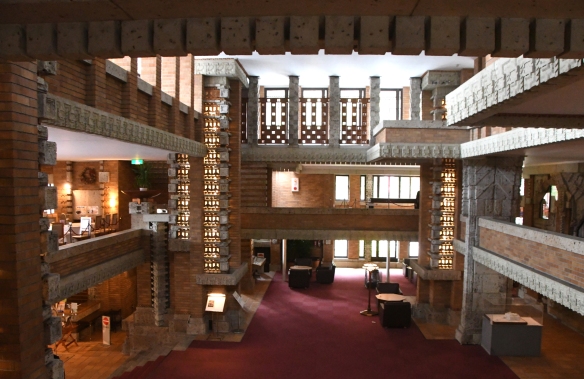 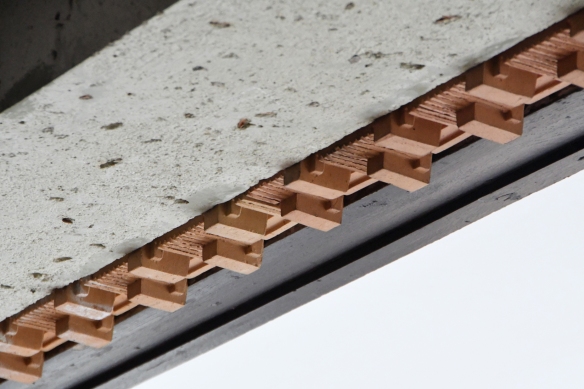 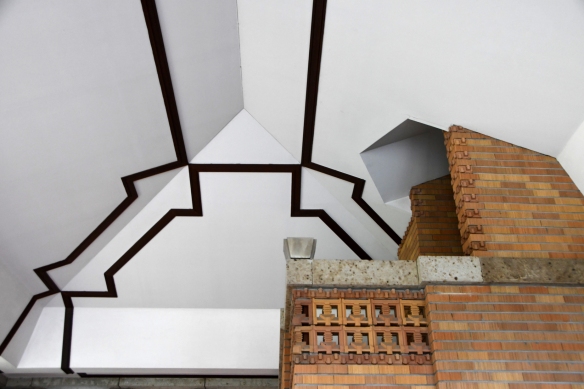 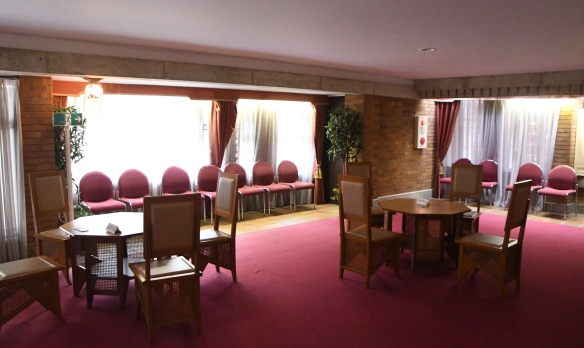 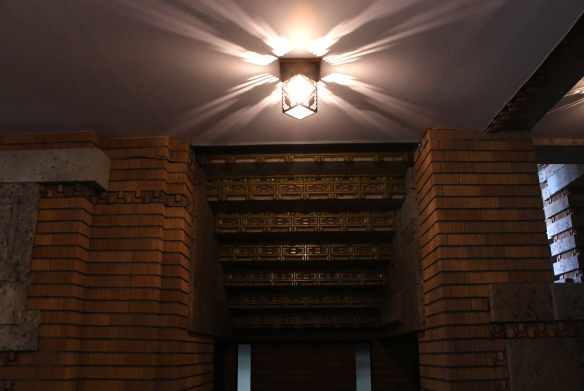 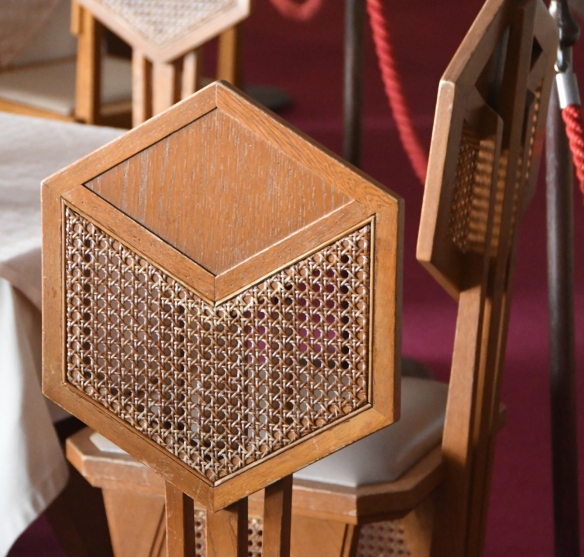 But, what about the rear of the structure? I had to look, but it was a bit like peeking behind the Wizard of Oz’s curtain.

“Arigato” for joining me on my visit to the hotel: